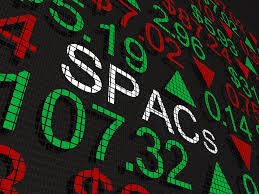 • Recent lawsuits and investigations have chilled the once red-hot market for Special Purpose Acquisition Companies (SPACs).

• This is good. SPACs are perfect vehicles for fraud and a sign of Wall Street excess.

• The question is whether Wall Street’s newfound discernment with SPACs will extend to the broader stock market.

• Add this to the long list of things making Wall Street anxious this summer.

Since 2019 investors have been clamoring for Special Purpose Acquisition Companies (SPACs), but a combination of legal issues, regulatory scrutiny, and abysmal performance has made it impossible to ignore what has always been true of these formerly forgotten investment vehicles: their structures make them perfect vehicles for fraud and abuse.

SPACs — also known as “blank check companies” — are public shell companies where a bunch of rich investors come together, raise a bunch of money, and seek out a private company to buy with that money, thereby taking that private company public through the back door. The people doing all that legwork are sponsors — usually hedge fund managers — who charge investors far more in fees than traditional initial public offering underwriters.

The SPAC sponsors must find a deal in two years or give the money they’ve raised back to investors. Investors must approve the deal, but given that the acquisition targets don’t need to provide anything more than a few, perfunctory forward-looking statements, it’s very rare that a SPAC deal does not sound good. Plus, there have been celebrities and athletes and all manner of stock promoters pumping this stuff to high heaven.

Josh Brown, CEO of Ritholtz Wealth Management, called this trend a “Special Purpose Acquisition Circus” at one point during this rush, and he was right. In 2020 241 SPACs raised money to go public, and this year over 350 have done so, according to CB Insights.

Naturally, the high volume of sponsors looking for good companies to acquire is making them harder and harder to find. Of the SPACs that have found a target and gone public — a de-SPAC, as they say — performance has been pathetic. In the end of the first half of this year two-thirds of now public SPAC companies reported a loss in value, according to Bloomberg. From March to April this spring, SPAC issuance fell off a cliff.

That was the record scratch. In an otherwise roaring market SPACs are starting to give investors pause to stop and consider the value of what they’re purchasing. That’s the kind of thinking that ruins a good party (or investment fad).

In a market where interest rates are low and millions of people are day trading while working from home, it may seem like a brilliant idea to give your friendly neighborhood hedge fund manager billions of dollars and a limited amount of time to go shopping for a single company — kind of like a Wall Street Supermarket Sweep. Unfortunately there are some risks associated with such a structure.

Because acquisition companies don’t have to provide information about past — only future — performance, some of these companies have made wild claims about their businesses. There was the hydrogen trucking company, Nikola, that faked a fuel cell semi-truck in motion (the founder has been indicted for fraud). There was the space company, Stable Road Acquisition Company, that allegedly lied about its propulsion technology (the Securities and Exchange Commission is suing them). And there was Lordstown Motors, which allegedly lied about customer interest in its electric truck (being sued by the SEC and DOJ). Shareholders already filed triple the number of class action lawsuits against SPACs compared to last year.

There are also regulatory questions to be answered. The largest SPAC in the world belongs to Bill Ackman, a hedge fund billionaire who has run into trouble with the SEC for being too clever before. Ackman’s SPAC is Tontine Holdings (the name is also too clever), and instead of acquiring an entire company with the $4 billion, it almost bought 10% of Universal Music Group. A lawsuit filed this week claims that Tontine’s attempt to buy a portion of a company means that it’s an investment firm and not a SPAC – and that Ackman allegedly used the SPAC structure avoid regulation and enrich himself exorbitantly.

Ackman countered that what he did was totally on the up and up, especially investing the proceeds from Tontine’s going public in plain vanilla short term Treasurys. Regardless, he told investors in a letter Thursday night that he would change Tontine’s structure – pending the SEC’s approval – or return money to investors.

All of this amounts to the possibility that SPAC sponsors will have to watch their backs when it comes what they do with other people’s money while they’re searching for an acquisition target, and frankly, what’s the fun in that?

The world is changing

Now, it’s quite possible that SPAC problems are going to be confined to SPACs. As the market accepts that these companies are under regulated messes, the retail investors who piled into them will take a hit. Sponsors who were too late to the party may give up on finding targets, and they’ll have to return the money they raised. Those who had planned to raise a SPAC will scrap those plans. This sucks for them, but it’s not really a problem for the wider stock market.

In the United States the pandemic has receded in areas of high vaccination. People are going back to work and the economy is starting to come back. Amazon, which surged as we all went into lockdown, is down 10% over the last month. We may still be dealing with the COVID Delta variant, but the darkest days of the pandemic are over.

That means retail investors will spend their money differently – on things like restaurants and concerts. Gen Z’s favorite trading app, Robinhood, just warned that activity is going to slow down on the platform.

And it means institutional investors are preparing for the Federal Reserve to ease up on the gas pedal that is helping speed the economy. Minutes from the Fed’s July meeting show a general consensus that the central bank will slow bond buying by the end of the year, and that means less money sloshing around in our financial system.

In a world where money is more scarce (even slightly), investors become more discerning. Wall Street is already worried about COVID, inflation, an economic recovery, and volatility in China. It could very well be that SPACs – being so clearly stupid – were just the first things to be disregarded in a stock picker’s attempt to live in a world of less. If that’s the case, be prepared for there to be a second thing.