Floating stock: Why it's important for investors to know a company's float 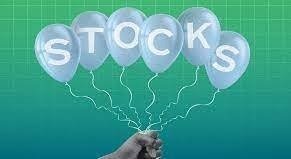 Investing in the stock market is always a risk, which is why it's important to thoroughly research any company and its stock before making any decisions. One piece of information you'll want to pay close attention to is float, which is the number of shares a public company has available for trading.

Here's a closer look at what floating stock is all about and how it can help inform your investing strategies.

What is floating stock?

Floating stock is the number of public shares a company has available for trading on the open market. It's not the total shares a company offers, as it excludes closely held and restricted stocks. A stock's float just tells you how many shares can be bought or sold at the present time.

Calculating a company's floating stock is a simple matter of subtracting the number of closely held and restricted shares from the number of total outstanding shares. Closely held shares may be owned by employees, major shareholders, or insiders, while restricted shares are ones that are not allowed to be traded for a certain period of time, such as during the lock-up period after an IPO.

The float percentage simply just a company's stock float expressed as a percentage. It is a quick and easy way to understand the proportion of shares that are actually available to be bought and sold by the general public.
If you looked at the market share statistics for Samsung Electronics Co., Ltd. as of August 2021, you'd see the following:
Outstanding shares: 5.97 billion
Float: 5.29 billionIn the case of Samsung, the float percentage would be 88.6%, which is considered high-float stock.

Because floating stocks are the number of shares available to the public for trading, they're subject to fluctuations over time and are influenced by various conditions. They are usually categorized as high and low.

High float: A stock float is considered high if it has a large number of shares available for trading. In the example above, Samsung Electronics Co., Ltd.'s float would be considered high because the vast majority of the total stock is open for trading.

It also means that it's easier for investors to buy and sell these stocks because there isn't a lot of demand. High floating stocks are preferred by institutional investors, such as mutual funds and insurance companies, because they can buy large numbers of shares without influencing the stock price much.

Low float: When a small percentage of shares are available for public trade, it's considered a low float. This may be the result of having a large number of closely held or restricted shares or having few investors. The supply of shares is low, which can make them difficult to acquire and discourage investment.

A float may increase when a company issues new shares as a way to raise capital. It can also decrease if insiders or major shareholders buy up shares or increase if they sell shares. "A company's float is an important number for investors because it indicates how many shares are actually available to be bought and sold by the general investing public," says Tim Speiss, co-partner in charge of the Personal Wealth Advisors Practice with EisnerAmper LLP. "Low float stocks typically have higher [bid-ask] spreads and higher volatility than a comparable larger float stock."

While there's no industry-wide standard for what defines low floating stocks, Speiss says, many brokers consider stocks with fewer than 10 million freely available shares for trading to be a low float.

For example, Nortech Systems Incorporated currently trades on the New York Stock Exchange with 2.66 million outstanding shares. Of that, 1.16 million shares are floating. Only about 44% of this stock is available for public trading. The majority of this stock is owned by either major investors, employees, or company insiders, making it a low float.

Smaller floats like this are subject to large swings in value from news impacting a company's finances, popularity of products, and other changes that can influence demand. According to Nasdaq, Sequential Brands' low float stock experienced a 104.57% increase in price between July 1 and 6, 2021 in spite of reports bankruptcy may be around the corner for the company. Trade volume spiked from nearly 34,000 shares on July 1 to around 13 million on July 6. Just two days later, the stock price dropped 27% and trading volume slowed to 728,000 shares.

This kind of volatility can present opportunities to buy and sell shares to quickly make money, but it isn't generally compatible with long-term investment strategies. Because the value of low float stocks can be so unpredictable, there can be considerable risk attached to investing in them. Also, low float stocks are in short supply, which can make it difficult to buy or sell them. The bid-ask spread may be much higher than you would find with a high-float stock as a result.

As mentioned before, companies may decide to increase their float by issuing new shares as a way to raise capital or encourage more trading. But they may also choose to reduce their float through a stock buyback, which can result in increasing the value of shares. This usually happens if the company believes its shares have been discounted too much, wants to invest in itself, or wants to see its financial ratios go up.

"A stock buyback is a way for a company to reinvest in itself," Speiss explains. "The repurchased shares are absorbed by the company and the number of outstanding shares in the market is reduced. Because there are fewer shares on the market post buyback, the relative ownership stake of each investor increases."

Quick tip: If you're interested in investing in low-float stocks, it's important to keep a very close eye on how it performs. Stock prices and volumes can rise and fall drastically several times within a single day. To make sure you're buying and selling at the right time, you need to constantly monitor the market.

A few things to keep in mind when considering investing in a low-float stock include:

It's important to look at and understand how much the total stock is so you can calculate whether the float is high, low, or in the middle. You can find outstanding shares and float statistics on most investing websites and indexes. Subtract the float from the outstanding shares to find how many shares are not available for trading. That will help you better evaluate what kind of float a stock has and whether investing in it might fit into your overall strategy.

The term floating stock simply refers to the number of shares available right now for trading. It doesn't include restricted or closely held stocks — only what you can buy and sell in the public market. You can use this statistic when you evaluate whether or not you want to invest in a particular stock.

Generally speaking, high-float stocks are usually best for long-term investing strategies. If you're looking for potentially substantial gains in a short timeframe, then low float stocks can be something to look into. As with all investments, there are risks with both. Make sure to do your research and consult with a financial professional before making any money moves.