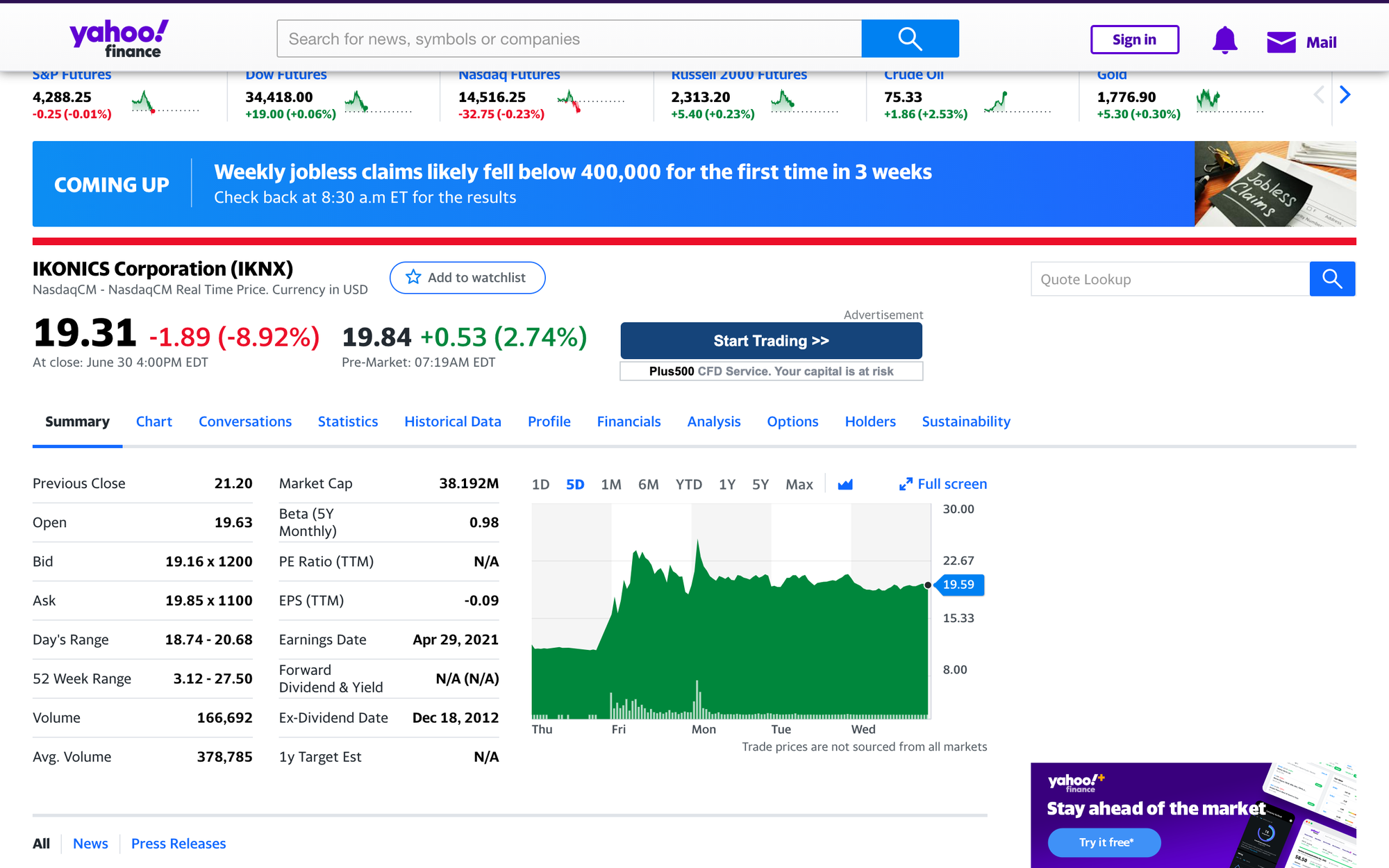 Investing.com – Ikonics (NASDAQ:IKNX) more than doubled during Friday’s session as the company agreed to combine with bitcoin miner TeraWulf under a new holding company.

The new entity will be called Terawulf and will be listed on the Nasdaq.

Ikonics investors will receive $5 in cash and one share of the new entity for every share they hold, coming to hold 2% stake in the combined company’s common stock once the deal is complete.

Ikonics, a 65-year-old company with imaging solutions as its mainstay, will become a subsidiary of the new company, and be positioned for sale.

Bitcoin mining is an energy intensive process because of the amount of power used by the computers. Bitcoin has a carbon footprint comparable to New Zealand’s, producing 36.95 megatons of CO2 annually, according to Digiconomist.